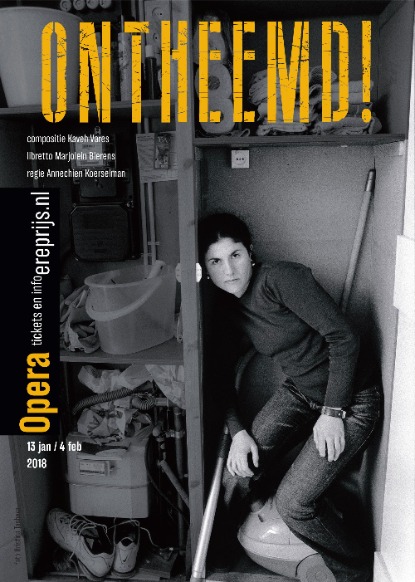 A touching opera about identity, estrangement, purpose, and loneliness.

A couple tries to get foot on ground in a new country. How does it feel to leave your home and try and build a new life? How would you make a home in a strange land with different traditions, customs, and practices? Displaced! is the musical story of a man and a woman. After their flight to The Netherlands, they seem accepted, integrated, and seemingly safe. They old home land doesn’t exist anymore and they themselves have changed as well: into a different, new routine. But under the surface, something is happening. She sees the houses she cleans as her ‘kingdom of empty rooms’. He looks at the city, hoping to get a grip on this new world. Ontheemd! follows the couple during their struggles with a new country, where their identity is more and more lost and the gap between them gets ever larger.