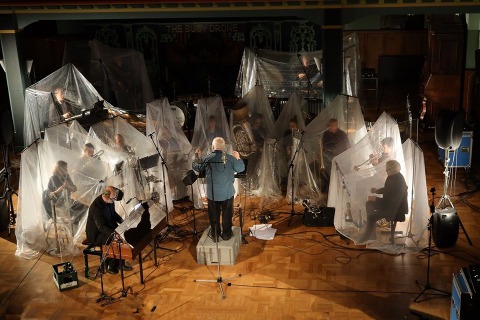 Update January 20: Due to the extended lockdown, all our concerts and activities have been canceled until February 9, 2021.

Update December 14: Unfortunately, given the measures announced in Prime Minister Rutte's speech, we are forced to cancel the end-of-year concert next Sunday, December 20. The ChoCo-project in Janaury is also cancelled. We hope to meet you again in the concert hall in the new year. Stay safe!

Update November 13: Good news! Of course there is nothing we can guarantee, but it looks like our concerts in the end of November will go on!

Update October 14: Unfortunately, given the measures announced on 13-10-2020, we are forced to cancel the concerts on 17 October in the Nettenfabriek. More information about concerts and activities later this month will follow shortly.

Update August 11: Due to the tightened measures in the German state Nordrhein-Westfalen, the school concert in Hattingen on September 25 has been canceled.

Update June 18: read on for more information about the catch-up concerts and the resumption of the regular programming from September 1st.

We are delighted to be able to catch up with the concluding concerts of the composition project at secondary schools in the autumn - if the then applicable guidelines allow it. We are also catching up on a project at ArtEZ with young, promising composers from the Bachelors and Masters Composition for Film & Theater, Composition Jazz / Pop and Classical Composition.

In addition to these catch-up concerts, we also hope to be able to resume our regular programming after the summer. In October, we will play special corona-proof concerts at special locations in Apeldoorn and Arnhem - more information will follow shortly.

Our traditional autumn concerts are scheduled for November in Gigant en Musis: there we will play the program 'vreemde ereprijs - veronica peregrina' full of premieres. On the first Saturdays of October, November and December there will be TransformationLABs again in Muziektheater de Plaats, a place for research in the field of music theater.

On December 20, we present our traditional end-of-year concert AARDLEK, where Wim Boerman will say goodbye after 40 years as artistic director of de ereprijs.

All planned concerts and activities are subject to the then applicable guidelines of the RIVM. For questions, comments and suggestions we can be reached by email at This email address is being protected from spambots. You need JavaScript enabled to view it..

Update March 15: All activities and concerts are canceled until September 1st due to the outbreak of the corona virus.