Looking ahead with Aspasia Nasopoulou 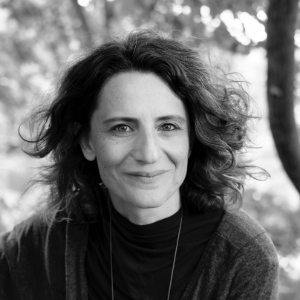 From January 2021 Aspasia Nasopoulou will take over from Wim Boerman as artistic leader of de ereprijs. We look ahead with her to the period from 2021.

The limitations of the moment will determine the shape of our upcoming concerts, but these rules do not prevent us from looking ahead with enthusiasm and an open mind. We want to strengthen the link between current music and current events in society: to show that new music is needed.

We will do this by making personal musical backgrounds of composers visible in the concerts: by linking current music to various cultural, historical contexts and locations. And by further experimenting with exciting music theater (co-) productions.

Our Aardlek concerts that will take place in CODA in 2021 are in preparation. We will start this concert series in February 2021 in a new format at a new location. In addition to the performances of adventurous repertoire, every concert will have a premiere at which the composer will be present. For the first concert, Lise Morrison composes new work on the theme of "changes in distance communication". We look forward to having philosopher Stine Jensen as the first special guest. She will have a conversation with the audience, composer and musicians.

We are also working on the 27th edition of the International Young Composers Meeting, which will be held from March 7-12. The team of senior composers this edition will consist of Martijn Padding, Richard Ayres, Florian Magnus Maier, Dyane Donck and Tansy Davies. Preparations for the Andriessen Festival on March 6 are also in full swing - several works by Tansy Davies, among others, are being performed.