Maaiveld? Yes, Maaiveld! Five Apeldoorn cultural parties are joining forces for the development of a new and controversial city festival in 2020.

CODA, orkest de ereprijs, Podium Gigant, Nationaal Jeugdorkest (NJON) and Schouwburg Orpheus unveiled the plans last Wednesday, exactly one year before the festival will take place. Among others, Duda Paiva Company, Symphony of Fire and Holland Baroque with Opera will make the city bustle with culture and adventure on 15 & 16 May 2020!

Exciting in the city center
On 15 & 16 May 2020, Apeldoorn offers its residents and visitors an adventurous two-day festival, with music and art as a common thread. With a grande parade of local performers on Friday evening and more than 25 performances at special locations in and around the city center on Saturday. With (inter) national and local artists, who work from exciting combinations between music, theater, installations and more. Fresh new productions from talented makers in connection with the city.

Connection and renewal
Maaiveld focuses on making new connections and surprising combinations. Between musical genres, but also emphatically with other artistic expressions and disciplines. In this way we can expect the spectacular show of Symphony of Fire, which forms an acoustic orchestra with fire-breathing installations and thus stimulates all the senses.

Duda Paiva Company makes physical, visual performances with dance and puppets and develops a new performance especially for Maaiveld. The renowned company of Holland Opera will also play on location, in combination with Holland Baroque and produced by Noorderkerk concerts. Furthermore, a few tips of the veil were lifted on Van Reekumplein. Apeldoorn can prepare itself for exciting combinations of classical and pop music and electronic producers that relate to impressive installation and light art. Experience Apeldoorn through Maaiveld!

Previews
In the coming months, Maaiveld's partners will be programming a series of programs that will familiarize the public with the feeling and signature of the festival. Experiment and collaboration are central to this programming. The orkest de ereprijs, GIGANT and CODA, for example, work together during CODA Paper Art and a Maaiveldl surprise concert by the NJO is planned in Orpheus. Together on an adventure in Apeldoorn. Surprising, fresh and new. Established names and young talent. Listening and making yourself: that is Maaiveld. 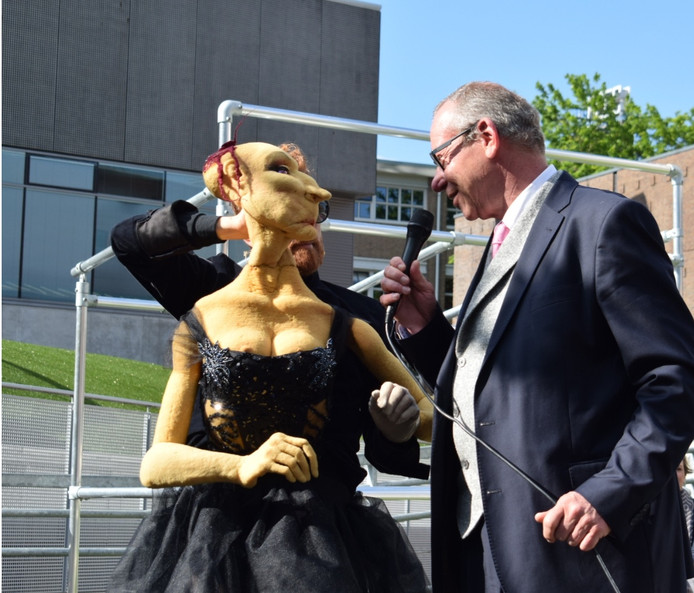