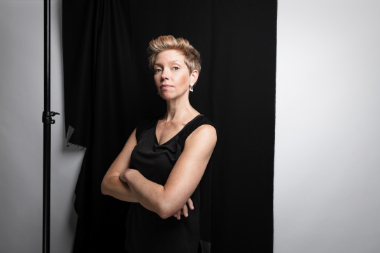 We hereby, with great pride, announce our first senior composer for the Young Composers meeting 2021: Tansy Davies. We are very happy to have her in our meeting.

Tansy Davies studied at the Guildhall School of Music & Drama and Royal Holloway. Her music has been championed internationally by ensembles including the New York Philharmonic, Ensemble intercontemporain, and the Tokyo Symphony Orchestra and at festivals including Ultima, Présences, and the Warsaw Autumn.

Davies’s work has been inspired by sources as diverse as Zaha Hadid (Spiral House) and Anselm Kiefer (Falling Angel). Her fascination with the Troubadours finds expression in Troubairitz, the 2010 song cycle that gave its name to a portrait disc on Nonclassical. Between Worlds, a response to 9/11 with a libretto by Nick Drake, was premiered by English National Opera in 2015 (directed by Deborah Warner) and resulted in a British Composer Award. Recent works include Re-greening for singing orchestra – for the National Youth Orchestra of Great Britain – and Forest, a concerto for four horns premiered by the Philharmonia under Esa-Pekka Salonen. Cave, a second operatic collaboration with Drake, was premiered by Mark Padmore, Elaine Mitchener, and the London Sinfonietta in 2018.

Davies is an Associate Professor of Composition at Jacobs School of Music, Indiana University, USA.

During the annual Young Composers Meeting we give young professional composers a chance to compose for an ensemble and develop their talents, knowledge and professional network. The week is filled with rehearsals, lectures and individual coaching by senior composers.